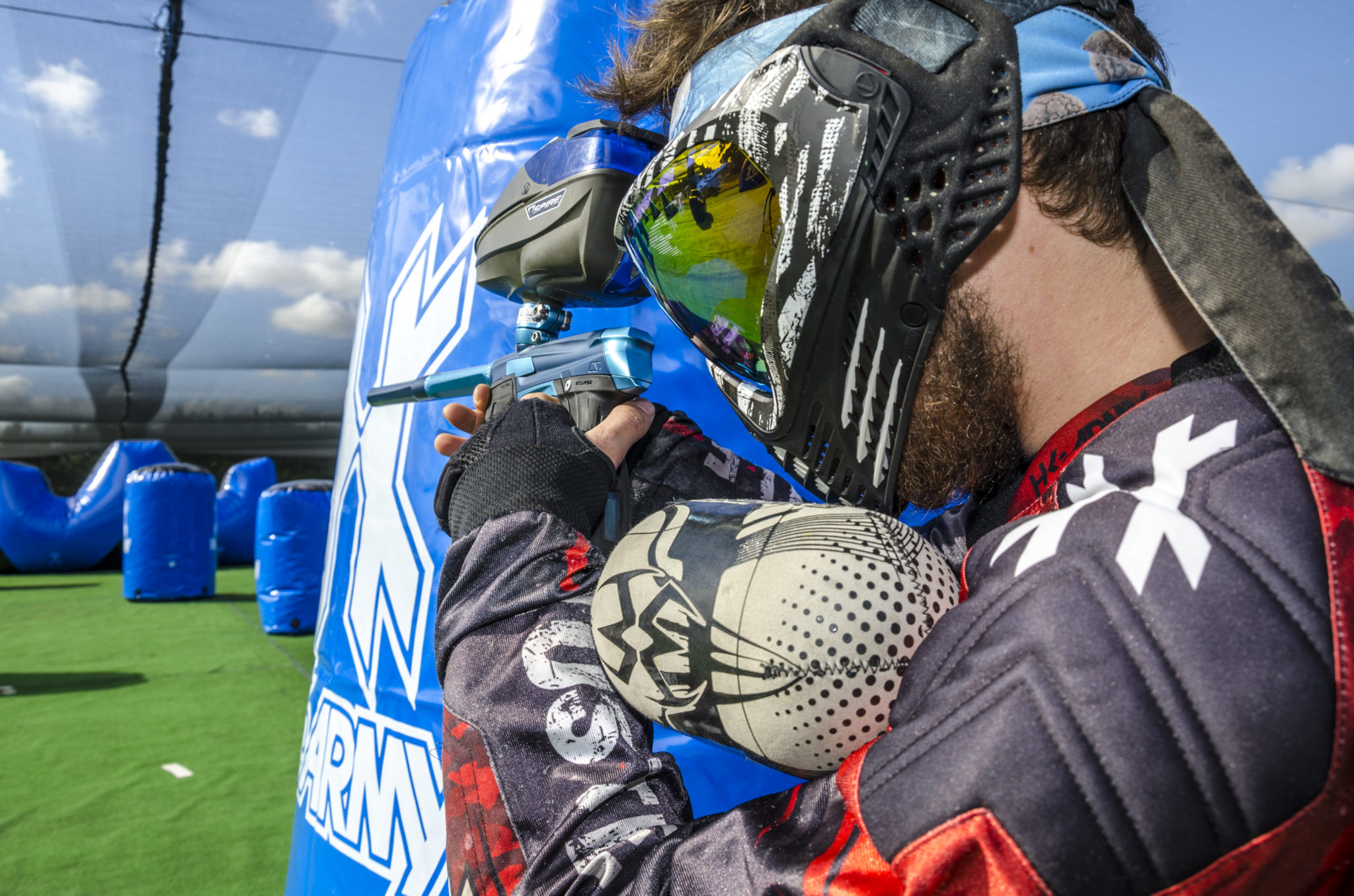 With the success of round 1 of the Melbourne Paintball League, Round 2 has come up on us very quickly. We already have at least 3 new players that will be joining the Victorian paintball community. Once again, if players have some spare gear to bring so that we can help these guys get started, please bring it along. This worked really well last round but as more and more players are joining the ranks, the more important this will be.

As a reminder, as part of the Melbourne Paintball League, we have committed to having the tournament field dedicated to training. This means that you wont need to move off the field for rental players. We found this helped a lot last round as we were able to help player focus on getting time honing skills and getting game time. As it is only one day a month that we are opening this up we do encourage as many teams and players to take advantage of it and get plenty of time on field.

We figured that there is no point starting too early the day after the AFL Grand Final. Get in, have a chat and a coffee and catch up. We are expecting a slow start and a few sore heads from the day before so allow people to gather their thoughts if they look a little rusty. If you don’t recognise someone – make sure that you introduce yourself and help them get started if they need to.

We are finalising who is running the drills but aiming for some really aggressive training to shake things up this month. There will be plenty to learn and practice here for new and experienced players alike. More info will be announced on this in the next few days.

Depending on how long the drills go, we might try to squeeze in a few scrim games before lunch as well. 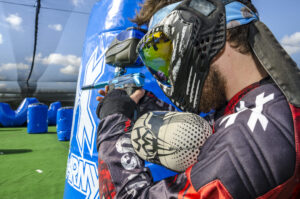 One of the tournament players at Snipers Den

Bring some meat for the BBQ and have a catch up. We want this to become a little more of the norm and part of the social side of paintball again. Otherwise there are plenty of food options close as well.

Meanwhile we will kick into the safety course for new players. We have 3 lined up already at this point. If there are any other people interested in getting involved, get in contact with Snipers Den Paintball and put your name down. The cost of the Safety course is $30 per person and includes a letter of support if you have started training with Snipers Den Paintball Melbourne to set you up for the Paintball Marker license application.

We have had a 100% pass rate at this stage and don’t expect that to reduce as we are happy to take a little extra time to take you through the material. If you are planning on completing the safety course, make sure that you bring photo id and we will take care of the rest.

The League will kick-off as soon as the safety course winds up. We expect this to be around the 1.30 mark but will be dependent on how quick we can smash through it all. If people finish lunch and are up for a game, jump on the field and get a few scrims in.

Those that have not yet been put into one of the 2 teams will be allocated before the League begins. We have setup the in house teams as the “Knights” v “Samurai” and will have more info on these soon as well.

We will be running 8 points again. Currently after the first round we have a 5-3 lead to the Samurai. We will allow sideline coaching of the new players from the sidelines again and any players that can help out with refereeing or calling hits would be appreciated.

After the league, players are welcome to hang around and get some more game time in as a team. We are already expecting to have several teams coming as a unit and this will be the time to play as a team unit. Anyone, not with a team is welcome to throw together a mixed bag side and get some game time as well.

We are enjoying the process of building up the Victorian paintball community and thank everyone for the continued support. 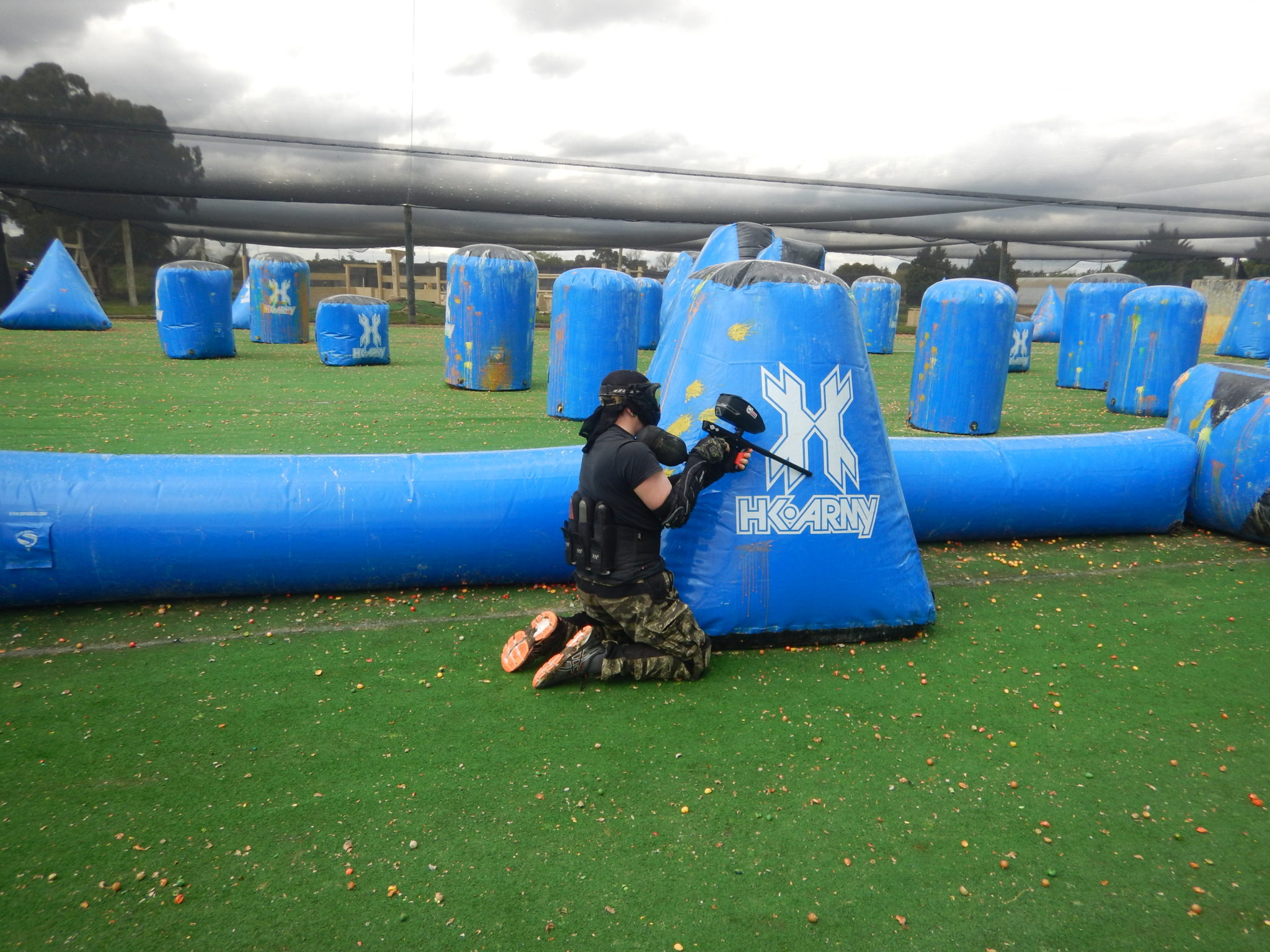